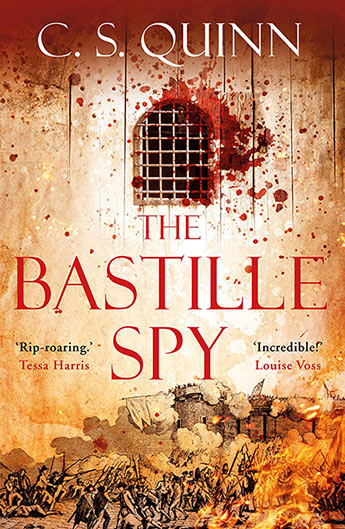 A thrilling, sumptuous historical crime novel set in the early days of the French Revolution for fans of CJ Sansom, Robin Young and Rory Clements, from the e-book bestselling sensation C. S. Quinn.

'He was alive when he went in the mortuary.'

1789. The Bastille is marked for destruction. Skirmishes in the city are rife and revolution is in the air. When a gruesomely murdered rebel is found in the prison morgue, a plot is suspected.

English spy, Attica Morgan, is laying low after an abortive mission. So when she's given an assignment inside the Bastille, her instinct is to run. Instead, she's offered a pardon, in return for solving the mystery of the dead revolutionary; and exposing a plot that leads to Marie Antoinette.

But as tensions rise to breaking point in the city, Attica quickly realises she's in a race against time. Soon there could be no Bastille to investigate.

C.S. Quinn is a travel and lifestyle journalist for The Times, the Guardian and the Mirror, alongside many magazines. Prior to this, Quinn's background in historic research won prestigious postgraduate funding from the British Arts Council. Quinn pooled these resources, combining historical research with first-hand experiences in far-flung places to create her bestselling 'The Thief Taker' series.