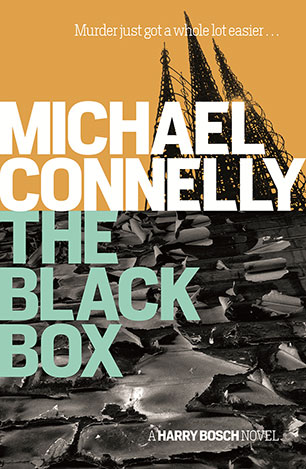 Every bullet tells a story - Detective Harry Bosch searches for a killer who thinks he's been safe for twenty years.

May 1992, and after four LAPD officers were acquitted after the savage beating of Rodney King, Los Angeles is ablaze. As looting and burning take over the city, law and order are swept away in a tidal wave of violence. But under threat of their lives, homicide detectives like Harry Bosch are still stubbornly trying to do their job. With no effective police presence on the streets, murder just got a whole lot easier--and investigating them got a whole lot harder.

Escorted by national guard soldiers from murder scene to murder scene, Harry and his colleagues are only able to do the bare minimum in terms of collecting evidence. And for Harry that's not enough.

When he finds the body of a female journalist executed in an alley, he cannot accept that he will never be able to bring her killer to justice, and her tragedy starts to eat into his soul. But then, twenty years later, Harry finds himself working in the Open Unsolved Unit, and suddenly the past comes back to haunt him once again, in a way he could never have imagined.
More books by this author More books in this series