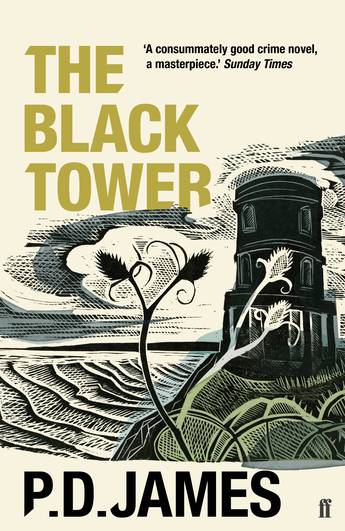 Set on the Dorset coast, The Black Tower by P.D. James is the fifth Adam Dalgliesh mystery and a thrilling work of crime fiction from the bestselling author of Death in Holy Orders, Children of Men and Death Comes to Pemberley.

Commander Dalgliesh is recuperating from a life-threatening illness when he receives a call for advice from an elderly friend who works as a chaplain in a home for the disabled on the Dorset coast. Dalgliesh arrives to discover that Father Baddeley has recently and mysteriously died, as has one of the patients at Toynton Grange. Evidently the home is not quite the caring community it purports to be. Dalgliesh is determined to discover the truth of his friend's death, but further fatalities follow and his own life is in danger as he unmasks the evil at the heart of Toynton Grange.
More books by this author More books in this series