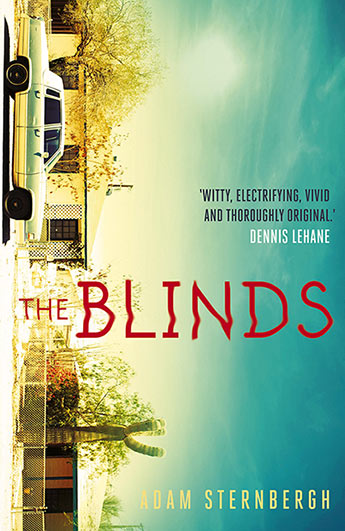 From an Edgar Award-nominated author, a blistering new thriller described by Dennis Lehane as ‘propulsive and meaningful’.

Imagine a place populated by criminals - people plucked from their lives, with their memories altered, who've been granted new identities and a second chance. Welcome to The Blinds, a dusty town in rural Texas populated by misfits who don't know if they've perpetrated a crime or just witnessed one. All they do know is that they opted into the programme and that if they try to leave, they will end up dead.

For eight years, Sheriff Calvin Cooper has kept an uneasy peace - but after a suicide and a murder in quick succession, the town's residents revolt. Cooper has his own secrets to protect, so when his new deputy starts digging, he needs to keep one step ahead of her - and the mysterious outsiders who threaten to tear the whole place down. The more he learns, the more the hard truth is revealed: The Blinds is no sleepy hideaway, it's simmering with violence and deception, heartbreak and betrayal, and it's fit to burst.
More books by this author More books in this series

Adam Sternbergh is the culture editor of the New York Times Magazine. Formerly an editor-at-large for New York, his writing has been featured in several other publications including GQ, The Times, and on the radio program This American Life. He lives in Brooklyn.