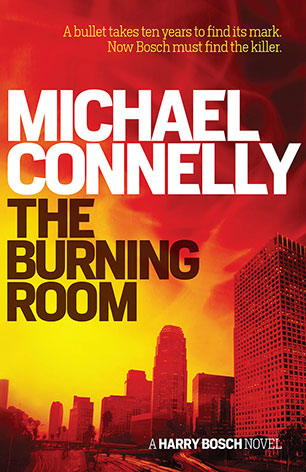 A bullet takes ten years to find its mark. Now Bosch must find the killer.

Detective Harry Bosch and his new partner investigate a recent murder where the trigger was pulled years earlier.

In the LAPD's Open-Unsolved Unit, not many murder victims die a decade after the crime. So when Orlando Merced finally succumbs to complications from being shot ten years earlier, Bosch catches a case in which the body is still fresh, but any other evidence is virtually nonexistent.

Partnered with Lucia Soto, a rookie detective who made her name in a violent liquor store shoot-out, Bosch begins to see political dimensions to the case - a case where, despite the seemingly impossible odds, failure to find the killer is simply not an option.

But not only does Soto soon reveal a burning obsession that could make her a loose cannon, the one piece of evidence they have on the Merced shooting also points in a shocking and unexpected direction that could unsettle the very people who want Bosch to close out the case.

It's looking like Orlando Merced may not be the investigation's only victim - and that includes Bosch himself.

'A modern-day master of crime writing . . . arguably the best detective series of our era.' Good Reading