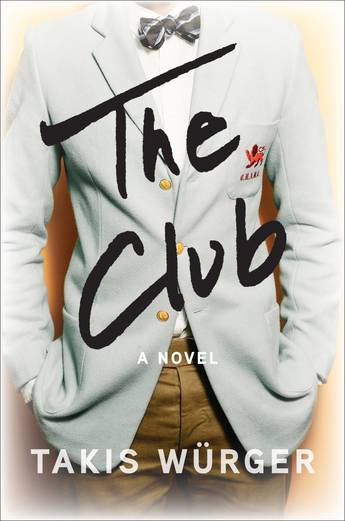 A runaway international bestseller, The Club is a smouldering story of class, privilege and matters of the heart.

A blistering, timely and gripping novel set at Cambridge University, centring around an all-male dining club for the privileged and wealthy.

Hans Stichler's uncomplicated German childhood ends abruptly when his aunt invites him to study at Cambridge, where she teaches. She will ensure his application is accepted, but in return he must help her investigate an elite university society, the Pitt Club, which has existed for centuries, its long legacy of tradition and privilege largely unquestioned. But there are secrets in the club's history, as well as in its present, and Hans soon finds himself in the inner sanctum of an increasingly dangerous institution, forced to grapple with the notion that sometimes one must do wrong to do right.
More books by this author

Takis Wurger is a reporter working for the German news magazine Der Spiegel. He studied Human, Social and Political Science at St. John's College Cambridge for a year before dropping out. During this time, he boxed for the University, broke two ribs and his hand, and became a member of the Adonians, the Hawks' Club and the Pitt Club. Named one of Medium's ""Top 30 Journalists under 30,"" alongside other accolades, Wurger's work as a journalist has taken him to Afghanistan, Libya, Mexico and Ukraine. The Club, which won the lit.Cologne debut prize and has become a runaway bestseller in Germany, is his first novel.

Charlotte Collins studied English at Cambridge University. She worked as an actor and radio journalist in both Germany and the UK before becoming a literary translator. She is best known for her translation of International Booker shortlisted Robert Seethaler's A Whole Life and was the recipient of the Helen & Kurt Wolff's Translator's Prize in 2017. She lives in London.