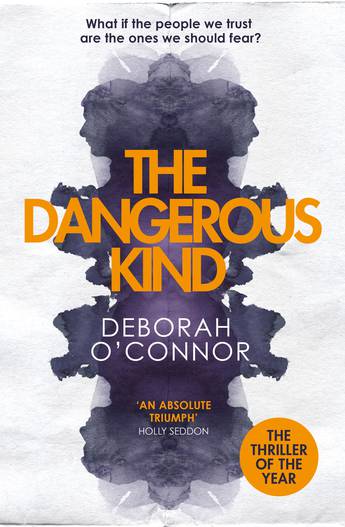 A stunning new thriller that will make you think; then think again. Perfect for fans of Anatomy of a Scandal and Apple Tree Yard.

We all recognise them. Those who sit just on the fringes of society. Who send prickles up the back of our necks. The charmers. The liars. The manipulators. Those who have the potential to go that one step too far. And then take another step.

Jessamine Gooch makes a living from these people. Each week she broadcasts a radio show looking into the past lives of convicted killers; asking if there was more that could have been done to prevent their terrible crimes.

Then one day she is approached by a woman desperate to find her missing friend, Cassie, fearing her abusive husband may have taken that final deadly step. But as Jessamine delves into the months prior to Cassie's disappearance she fails to realise there is a dark figure closer to home, one that threatens the safety of her own family...

Set over a long, dark winter in London and perfect for fans of Apple Tree Yard and He Said/She Said, The Dangerous Kind is at once a gripping psychological thriller and a stunning portrayal of the monsters that live among us.
More books by this author

Deborah O'Connor read English at Newnham College, Cambridge before going on to become a television producer. Having worked on everything from The Big Breakfast to Big Brother she produced the BAFTA award-winning poetry documentary Off By Heart and is currently the head of factual development at TV production company, CPL.

Born and bred in the North-East of England, she now lives in East London with her husband and three-year-old daughter.