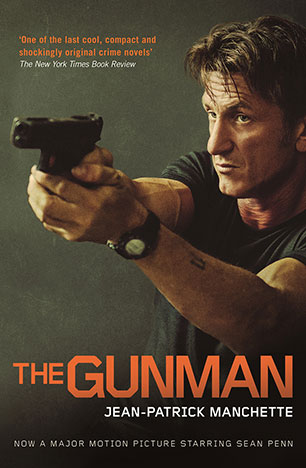 Deadly professional assassin Martin Terrier returns to Paris after his latest job determined to get out of the game. Ten years ago he made a promise to return to his childhood sweetheart in the south of France. But circumstances put Martin's attempted retirement on hold: a key target is flying in to Paris, and there is only one man fit for the task of eliminating him. As Martin flees southwards, desperate to return to the crushing mediocrity of life in a backwater town, he finds his former employers will stop at nothing to regain his services for one last job.

Bursting with Gallic irony and visceral brutality, The Gunman (originally published in English as The Prone Gunman) is a shocking and sardonic masterpiece from the late, great master of the French crime novel, J-P Manchette.
More books by this author

Jean-Patrick Manchette (1942-95) was a genre-redefining French crime novelist, screenwriter, critic and translator. Throughout the 1960s he supported himself by writing television scripts, young-adult books and film novelisations. In 1971 he published his first novel and embarked on his literary career in earnest, producing ten subsequent works over the course of the next two decades and transforming the crime thriller into a lethal weapon of political satire. Serpent's Tail have also published Manchette's novels Fatale and Three to Kill; like The Gunman, they are ultra-stylish, pacy, action-packed thrillers with a deadly satirical edge.