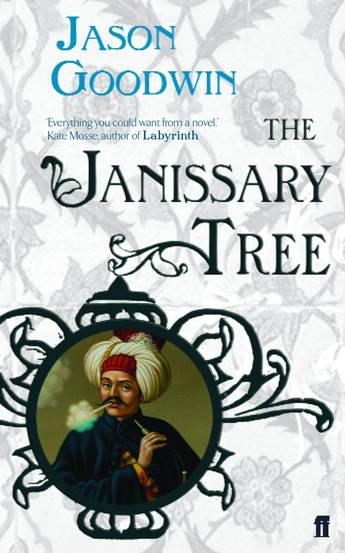 A concubine is strangled in the palace harem. And a young cadet is found butchered in the streets of Istanbul. Delving deep into the city's crooked alleyways, and deeper still into its tumultuous past, the eunuch Yashim discovers that some people will go to any lengths to preserve the traditions of the Ottoman Empire.

Brilliantly evoking Istanbul in the 1830s, The Janissary Tree is a fast-paced literary thriller with a spectacular cast, from mystic orders and lissom archivists to soup-makers and a seductive ambassador's wife. Darker than any of these is the mysterious figure who controls the Sultan's harem.
More books by this author More books in this series

Jason Goodwin studied Byzantine history at Cambridge University and is the author of Lords of the Horizons: A History of the Ottoman Empire, among other books of cultural history and travel. He lives in Sussex, England, is married with four children, speaks French and German and once walked to Istanbul from Poland. This is the first of a series of novels featuring Yashim.