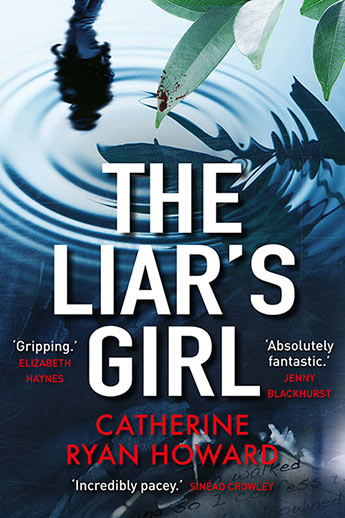 The disturbing discovery of a young woman's body; the chilling emergence of a copy-cat killer; Alison Smith must return to the horrors of her past, and finds herself in the grip of a terrible nightmare.

Her first love confessed to five murders. But the truth was so much worse.

Dublin's notorious Canal Killer is ten years into his life sentence when the body of a young woman is fished out of the Grand Canal. Though detectives suspect a copy-cat is emulating the crimes Will Hurley confessed to as a teen, they must turn to Ireland's most prolific serial killer for help. Will admits he has the information the cops need, but will only give it to one person - the girl he was dating when he committed his horrific crimes.

Alison Smith has spent a decade building a new life. Having changed her name and moved abroad, she's confident that her shattered life in Ireland is finally behind her. But when she gets a request from Dublin imploring her to help prevent another senseless murder, she is pulled back to face the past, and the man, she's worked so hard to forget.
More books by this author

Catherine Ryan Howard was born in Cork, Ireland, in 1982. Prior to writing full-time, Catherine worked as a campsite courier in France and a front desk agent in Walt Disney World, Florida, and most recently was a social media marketer for a major publisher. She is currently studying for a BA in English at Trinity College Dublin. Her debut novel Distress Signals was published by Corvus in 2016.