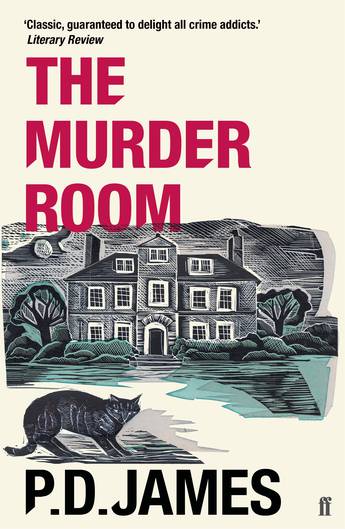 Set in the world of museums and galleries in London, The Murder Room is the twelfth Adam Dalgliesh mystery and a brilliant work of detective fiction from P.D. James, the bestselling author of Death Comes to Pemberley and Children of Men.

Commander Adam Dalgliesh is already acquainted with the Dupayne Museum in Hampstead, and with its sinister murder room celebrating notorious crimes committed in the interwar years, when he is called to investigate the killing of one of the trustees. He soon discovers that the victim was seeking to close the museum against the wishes of both staff and fellow trustees. Everyone, it seems, has something to gain from the crime. When it becomes clear that the killer is prepared to kill again, inspired by the real-life crimes from the murder room, Dalgliesh knows that to solve this case he has to get into the mind of a ruthless killer.
More books by this author