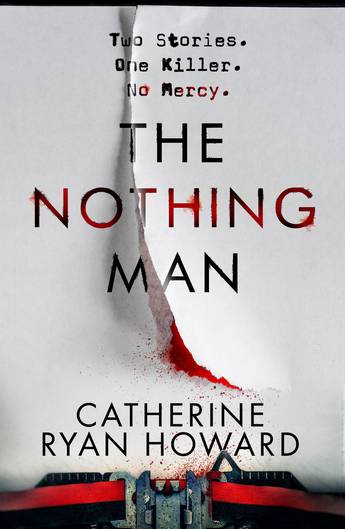 A brilliantly twisty thriller from the critically acclaimed author of Rewind, an Irish Times bestseller.

I was the girl who survived the Nothing Man.
Now I am the woman who is going to catch him...

You've just read the opening pages of The Nothing Man, the true crime memoir Eve Black has written about her obsessive search for the man who killed her family nearly two decades ago.

Supermarket security guard Jim Doyle is reading it too, and with each turn of the page his rage grows. Because Jim was - is - the Nothing Man.

The more Jim reads, the more he realises how dangerously close Eve is getting to the truth. He knows she won't give up until she finds him. He has no choice but to stop her first...
More books by this author

Catherine Ryan Howard's debut novel Distress Signals was published by Corvus in 2016 while she was studying English literature at Trinity College Dublin. It went on to be shortlisted for both the Irish Crime Novel of the Year and the CWA John Creasey/New Blood Dagger. Her second novel, The Liar's Girl, was published to critical acclaim in 2018 and was a finalist for the Mystery Writers of America Edgar Award for Best Novel 2019. That same year, Rewind was shortlisted for the Irish Crime Novel of the Year and was an Irish Times bestseller. She is currently based in Dublin.