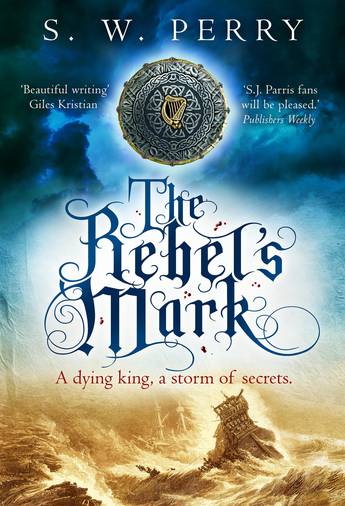 The fifth gripping mystery in the best-selling Elizabethan crime series from S. W. Perry sends Dr Nicholas Shelby and his wife, Bianca, from London to the heart of wild Ireland, where a storm of rebellion and corruption threaten all hope of peace.

Elizabeth's reign is reaching its winter and England's old adversaries are fading. But in a world on the brink of change, showing any weakness can be fatal...

1598. Nicholas Shelby, unorthodox physician and reluctant spy for Robert Cecil, has brought his wife Bianca and their child home from exile in Padua. Welcome at court, his star is in the ascendancy. But he has returned to a dangerous world.

Two old enemies are approaching their final reckoning. England and Spain are exhausted by war. In London, Elizabeth is entering the twilight of her reign. In Madrid, King Philip of Spain is dying. Perhaps now is the time for one last throw of the dice.

Elizabeth has seen off more than one Spanish attempt at invasion. But still she is not safe. In Ireland, rebellion against her rule is raging. And if Spain can take Ireland, England will be more vulnerable than ever.

When England's greatest living poet, Edmund Spenser, sends Robert Cecil an enigmatic and mysterious plea for help from his Irish fastness, Cecil dispatches Nicholas to investigate. Soon he and Bianca find themselves caught up not just in bloody rebellion, but in the lethal power-play between Cecil and the one man Elizabeth believes can restore Ireland to her, the unpredictable Robert Devereux, Earl of Essex.
More books by this author

S. W. Perry was a journalist and broadcaster before retraining as an airline pilot. His debut novel, The Angel's Mark, was listed for the CWA Historical Dagger and was a Walter Scott Prize Academy Recommended Read 2019. He lives in Worcestershire with his wife.