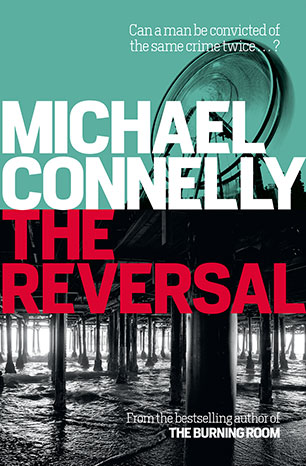 Mickey Haller and Harry Bosch together take on a seemingly unwinnable case.

When Mickey Haller is invited by the Los Angeles County District Attorney to prosecute a case for him, he knows something strange is going on. Mickey's a defence lawyer, one of the best in the business, and to switch sides like this would be akin to asking a fox to guard the hen-house. But the high-profile case of Jason Jessup, a convicted child-killer who spent almost 25 years on death row before DNA evidence freed him, is an intriguing one .

Eager for the publicity and drawn to the challenge, Mickey takes the case, with Detective Harry Bosch on board as his lead investigator. But as a new trial date is set, it starts to look like he's been set up. Mickey and Harry are going to have to dig deep into the past and find the truth about what really happened to the victim all those years ago.
More books by this author

A former police reporter for the Los Angeles Times, Michael Connelly is the author of the Harry Bosch thriller series as well as several stand-alone bestsellers, including the highly acclaimed legal thriller, The Lincoln Lawyer.

Michael Connelly has been President of the Mystery Writers of America. His books have been translated into 31 languages and have won awards all over the world, including the Edgar and Anthony Awards.

He lives in Tampa, Florida, with his family.