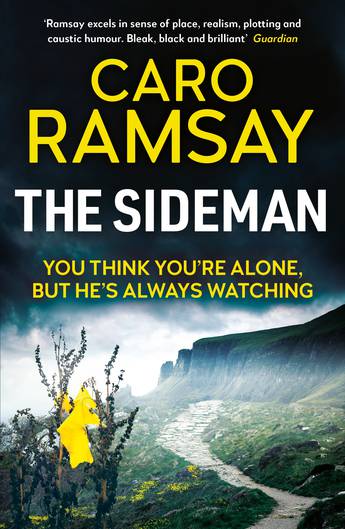 Inside a beautiful Victorian family home in Glasgow's West End, a mother and her young son are found brutally murdered. DI Costello is furious and knows exactly who did it, George Haggerty, the husband and father. The only problem is that Haggerty has a cast-iron alibi - the police themselves caught him speeding on the A9 at the time of the murders. But Costello can't let it go. Determined to expose Haggerty as a ruthless killer, she's gone solo.

DCI Colin Anderson has no time to ponder his partner of twenty years going rogue, as his own cases are piling up. But Costello's absence becomes increasingly worrying. Has she completely disappeared following the tracks of a dangerous man?
More books by this author More books in this series

CARO RAMSAY is the Glaswegian author of the critically acclaimed Anderson and Costello series, the first of which, Absolution, was shortlisted for the CWA's New Blood Dagger for best debut of the year. The ninth book in the series, The Suffering of Strangers, was longlisted for the McIlvanney Prize 2018.