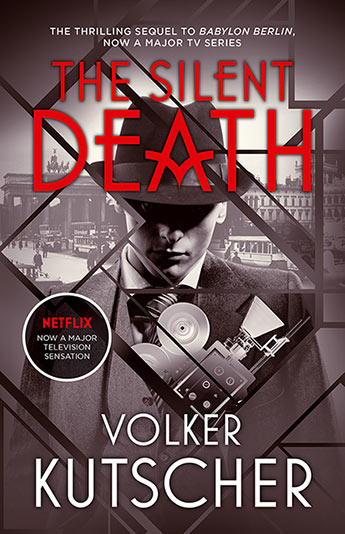 March 1930: Silent movie actress Betty Winter is killed on set after a lighting system falls on her. Talkies are destroying the careers of producers, cinema owners and stars in a world that is already bubbling with studio wars and sexual politics. Inspector Gereon Rath suspects sabotage, possibly worse. Meanwhile, the murder of a Nazi named Horst Wessel leads to street riots and Rath's relationship with Charlotte Ritter is on the rocks. Then another actress is found dead, this time with her vocal cords removed.

The thrilling sequel to Babylon Berlin, now a television sensation.
More books by this author

Volker Kutscher was born in 1962. He studied German, Philosophy and History, and worked as a newspaper editor prior to writing his first detective novel. Babylon Berlin, the start of an award-winning series of novels to feature Gereon Rath and his exploits in late Weimar Republic Berlin, was an instant hit in Germany. Since then, a further five titles have appeared, most recently Lunapark in 2016. The series was awarded the Berlin Krimi-Fuchs Crime Writers Prize in 2011 and has sold over one million copies worldwide. The first two titles have inspired the most expensive television series in German TV history. After airing on Sky Atlantic in the UK, Netflix released Babylon Berlin to US and Australian audiences in early 2018. A third season is scheduled to enter production in late 2018, based on The Silent Death. Volker Kutscher works as a full-time author and lives in Cologne.