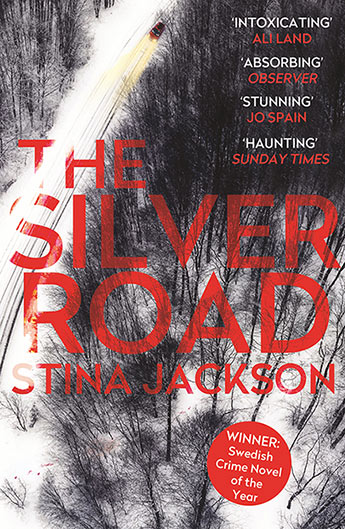 An unforgettably atmospheric debut from a rising star about a young woman's disappearance and a lonely man's obsession with discovering the truth. An Observer thriller of the month and a Sunday Times crime book of the month.

Three years ago, Lelle's daughter went missing in a remote part of Northern Sweden. Lelle has spent the intervening summers driving the Silver Road under the midnight sun, frantically searching for his lost daughter.

Meanwhile, seventeen-year-old Meja arrives in town hoping for a fresh start. She is the same age as Lelle's daughter was - a girl on the brink of adulthood. But for Meja, there are dangers to be found in this isolated place.

As the days darken Lelle and Meja's lives are intertwined in ways, both haunting and tragic, that they could never have imagined.
More books by this author

Stina Jackson was born in 1983 and raised in Skelleftea, northern Sweden. In 2006 she moved to Denver, Colorado, where she lives with her husband and small dog. The Silver Road is her debut novel.