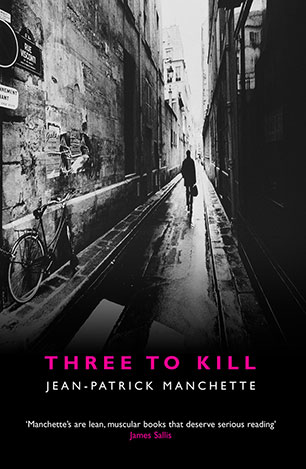 A riveting slice of '70s Paris noir, by a master stylist.

Late one night in Paris, travelling salesman Georges Gerfaut stops to help an injured motorist to hospital. Three days later, while Gerfaut is on holiday with his wife and daughters, he is attacked by two men. Quickly realising the duo s murderous intent, but perplexed as to their motives, Gerfaut goes on the run, communicating with his family by telegram. Terrified, yet exhilarated by this release from his humdrum life, Gerfaut resolves to turn the tables and track down his pursuers. Jean-Patrick Manchette presents a clash between two opposing worlds: a conventional, middle-class existence cluttered by possessions and responsibilities, and a violent criminal underworld. In Georges Gerfaut we find an unlikely hero, an ordinary man thrust into extraordinary circumstances and forced to fight for his life. Three to Kill is another riveting slice of 70s noir by a masterful stylist, ironist, and social critic.
More books by this author

Jean-Patrick Manchette (1942-1995) rescued the French crime novel from the grip of Maigret and methodical police procedurals. He argued that crime fiction was the great moral literature of our time . Jazz saxophonist, political activist, and screenwriter, Manchette was influenced as much by the philosopher Guy Debord as by Dashiell Hammett. He remains an inspiration to the new generation of mystery writers who have come in his wake.