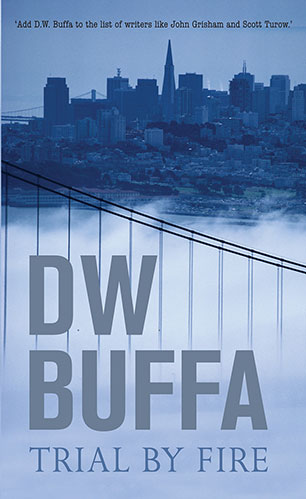 Murder can be a very public affair, as famed defence attorney Joseph Antonelli discovers, in this moody and thrilling novel of love, loyalty, and revenge in the Edgar Award-nominated series.

Joseph Antonelli has never lost a case he should have won . . . until now.

Julian Sinclair is a brilliant young man on the path to greatness, but he is also a man with powerful emotions he tries to keep in check. When a beautiful woman, a married district attorney, is murdered, Sinclair is accused of killing her in a fit of jealous rage. He claims that she was the victim of her sadistic husband, but the media, especially television, wildly condemn Sinclair, and whip the public into a frenzy.

Antonelli does not doubt for a minute that the idealistic Sinclair is innocent. But the victim's widowed husband, a man of wealth and privilege and a master of manipulation, is determined to destroy both this remarkable defendant and the shrewd Antonelli. This is one case Antonelli can't win by playing fair. He has to bait the real killer out of hiding, force him to confess his crimes, even if it means putting himself in danger.

Trial by Fire is about the power of television and how an innocent man can be convicted when the media insist he is guilty.

From the author of the acclaimed Joseph Antonelli novels, Trial by Fire is D W Buffa's seventh book in the series.
More books by this author

D W Buffa served as a defence attorney for ten years. He is now a fulltime writer and lives in the Napa Valley, California. This is his seventh book for Allen + Unwin.