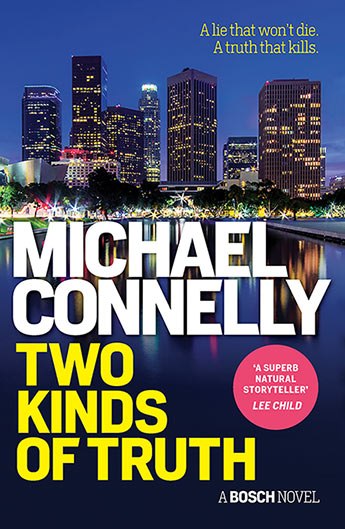 'Superb crime writing from a master . . . a triumph, underpinned by an incandescent sense of justice in a world all too often dominated by the indifference of injustice.' - Stephen Loosley, The Australian

If the truth doesn't get him ... the lies will.

Harry Bosch volunteers on cold cases for a small police department outside LA. When a rare double murder shakes the town, the local detectives look to Bosch. Their investigation will expose a sinister network hiding in plain sight, leaving a trail of broken lives in its wake.

But before Bosch can find justice for the victims, he must find it for himself. Because a death row prisoner is claiming Bosch framed him -- and that new DNA evidence proves it. The case seems watertight, leaving Bosch out in the wilderness with only one person to help clear his name: Mickey Haller, The Lincoln Lawyer.

As past and present tangle around him, Bosch faces two kinds of truth: the kind that won't die and the kind that kills.
More books by this author More books in this series