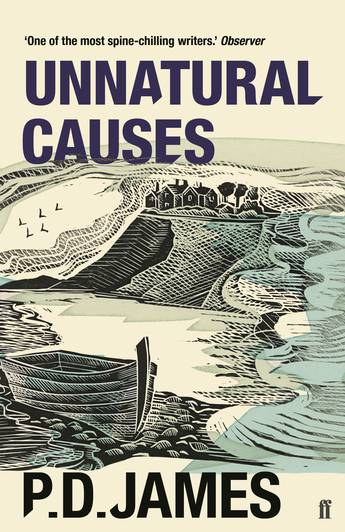 Set on the remote Suffolk coast, the third Adam Dalgliesh mystery Unnatural Causes is a thrilling work of crime fiction from P.D. James, the bestselling author of Death Comes To Pemberley.

Superintendent Adam Dalgliesh has been looking forward to a quiet holiday at his aunt's cottage on Monksmere Head, one of the furthest-flung spots on the remote Suffolk coast. With nothing to do other than enjoy long windswept walks, tea in front of a crackling wood fire and hot-buttered toast, Dalgliesh is relishing the thought of a well-earned break.

However, all hope of peace is soon shattered by murder. The mutilated body of a local crime writer, Maurice Seaton, floats ashore in a dinghy, dragging Adam Dalgliesh into a new and macabre investigation.
More books by this author More books in this series