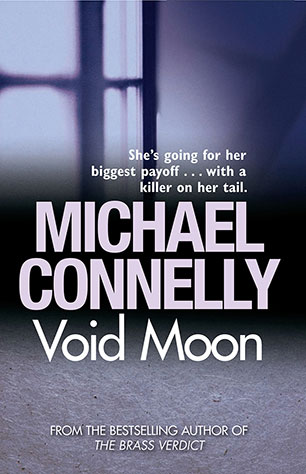 Cassie Black is an ex-con who needs to make one more score in order to fulfill the dream that sustained her in prison.

Cassie Black has never looked back. She walked away from her life as a criminal after one disastrous night that left the man closest to her dead and her life in a shambles. Now she's thriving at a job selling Porsches to Hollywood hotshots. Through everything - even her darkest moments - she has been able to keep going by holding on to one perfect thing, her greatest secret, dearer to her than life itself.

When that secret is threatened, Cassie tosses her new life away like a bad hand of cards and goes back in a sprint to her old line of work. Her trade was robbing casino gamblers, and she was the very best. Now it's the only way she can make enough money fast to maybe make everything right. Quickly she lines up a mark, a man who has been winning steadily for a week at high-stakes baccarat. The job goes smoothly until she opens his briefcase .

And discovers a world of trouble she never dreamed of. Her superstitious friend who lined up the job says it's the bad-luck void moon having its malignant way. Cassie knows it's worse. She's crossed paths again with her life's nemesis, the man who destroyed everything six years before. He's Jack Karch, a private investigator by day who does bloody work for casino owners by night. Walking back into his sights is the worst thing that's ever happened to Cassie. Getting out alive will take all her skill and luck and faith in that one good thing .
More books by this author