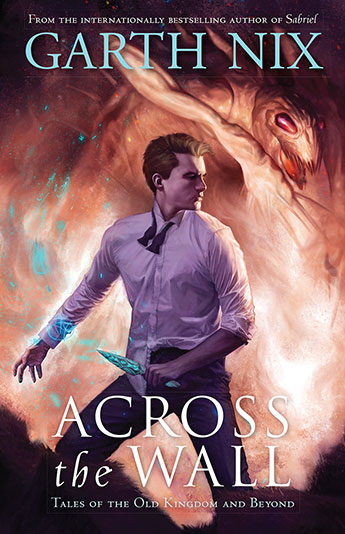 A collection of Garth Nix's best short stories, including a novella set in the Old Kingdom of Sabriel and Clariel.

'Nicholas Sayre and the Creature in the Case' opens this superb collection of short stories from Garth Nix, which range from classic fantasy to a gritty urban version of Hansel and Gretel, and an unusual take on the role of nature in matters of the heart.

'The reader's absorption into the intrigue, magic and dazzling richness of the worlds and characters created by Nix is irresistible pleasure ' Australian Review of Books
More books by this author

Garth Nix was born in 1963 in Melbourne, Australia. A full-time writer since 2001, he previously worked as a literary agent, marketing consultant, book editor, book publicist, book sales representative, bookseller, and as a part-time soldier in the Australian Army Reserve. Garth's books include the award-winning fantasy novels Sabriel, Lirael, Abhorsen and Clariel; the dystopian novel Shade's Children; the space opera A Confusion of Princes; and a Regency romance with magic, Newt's Emerald. His fantasy novels for children include The Ragwitch; the six books of the Seventh Tower sequence; the Keys to the Kingdom series; and the Troubletwisters series and Spirit Animals: Blood Ties (co-written with Sean Williams). More than five million copies of his books have been sold around the world, his books have appeared on the bestseller lists of the New York Times, Publishers Weekly, the Guardian and the Australian, and his work has been translated into forty-one languages. He lives in a Sydney beach suburb with his wife and two children.