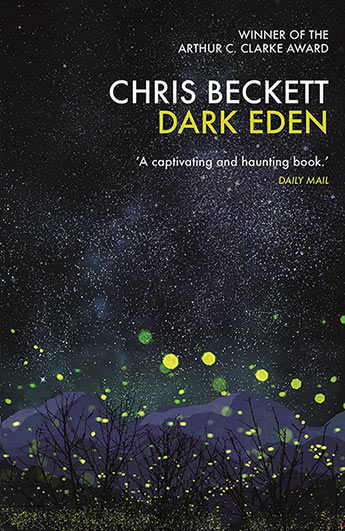 A marooned outpost of humanity struggles to survive on an alien world: sci-fi as it ought to be from British sci-fi's great white hope.

You live in Eden. You are a member of the Family, one of 532 descendants of Angela and Tommy. You shelter beneath the light and warmth of the Forest's lantern trees. Beyond the forest lie the mountains of the Snowy Dark and a cold so bitter and a night so profound that no man has ever crossed it. The Oldest among you recount legends of a world where light came from the sky, where men and women made boats that could cross between worlds. One day, the Oldest say, they will come back for you.

You live in Eden. You are a member of the Family, one of 532 descendants of two marooned explorers. You huddle, slowly starving, beneath the light and warmth of geothermal trees, confined to one barely habitable valley of an alien, sunless world.

Chris Beckett is a university lecturer living in Cambridge. He has written over 20 short stories, many of them originally published in Interzone and Asimov's. He is the winner of the Edge Hill Short Story competition, 2009, for The Turing Test, as well as the prestigious Arthur C. Clarke award, 2013, for Dark Eden.