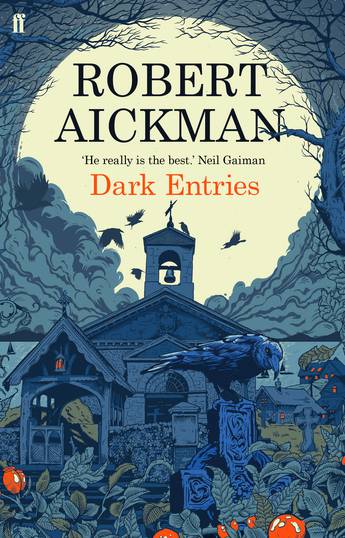 A new edition of this classic horror collection from the hugely revered 'master of horror', Robert Aickman.

Aickman's 'strange stories' (his preferred term) are constructed immaculately, the neuroses of his characters painted in subtle shades. He builds dread by the steady accrual of realistic detail, until the reader realises that the protagonist is heading towards their doom as if in a dream.

Dark Entries was first published in 1964 and contains six curious and macabre stories of love, death and the supernatural, including the classic story 'Ringing the Changes'.
More books by this author

Robert Fordyce Aickman was born in 1914 in London. He was married to Edith Ray Gregorson from 1941 to 1957. In 1946 the couple, along with Tom and Angela Rolt, set up the Inland Waterways Association to preserve the canals of Britain. It was in 1951 that Aickman, along with Elizabeth Jane Howard, published his first ghost stories entitled We Are the Dark. Aickman went on to publish eleven more volumes of horror stories as well as two fantasy novels and two volumes of autobiography. He also edited the first eight volumes of The Fontana Book of Great Ghost Stories. He died in February 1981.