Home>Browse>Books>Fiction>Fantasy>Hide Me Among the Graves

Hide Me Among the Graves 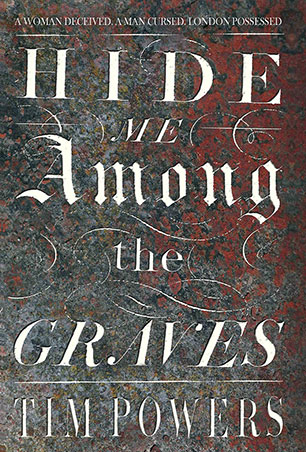 London, 1862. A city of over three million souls, of stinking fog and dark, winding streets.

Through these streets walks the poet Christina Rossetti, haunted and tormented by the ghost of her uncle, John Polidori. Without him, she cannot write, but her relationship with him threatens to shake London itself to the ground.

This fascinating, clever novel vividly recreates the stews and slums of Victorian London -a city of dreadful delight. But it is the history of a hidden city, where nursery rhymes lead the adventurer through haunted tunnels and inverted spires. And where the price of poetic inspiration is blood.
More books by this author