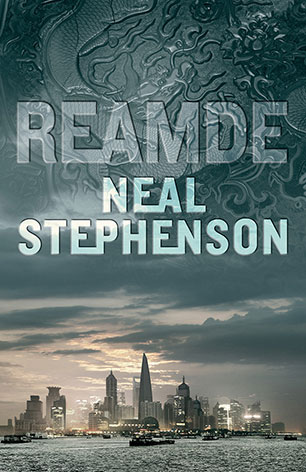 An epic thriller from the unique imagination of one of today's most inventive writers: a wealthy tech entrepreneur is caught in the crossfire of his own online fantasy war game, as Chinese hackers unleash a contagious virus - Reamde.

Across the globe, millions of computer screens flicker with the artfully coded world of T'Rain - an addictive internet role-playing game of fantasy and adventure. But backstreet hackers in China have just unleashed a contagious virus called Reamde, and as it rampages through the gaming world spreading from player to player - holding hard drives hostage in the process - the computer of one powerful and dangerous man is infected, causing the carefully mediated violence of the online world to spill over into reality.

A fast-talking, internet-addicted mafia accountant is brutally silenced by his Russian employers, and Zula - a talented young T'Rain computer programmer - is abducted and bundled on to a private jet. As she is flown across the skies in the company of the terrified boyfriend she broke up with hours before, and a brilliant Hungarian hacker who may be her only hope, she finds herself sucked into a whirl of Chinese Secret Service agents and gun-toting American Survivalists; the Russian criminal underground and al Al-Qaeda cell led by a charismatic Welshman; each a strand of a connected world that devastatingly converges in T'Rain.

An inimitable and compelling thriller that careers from British Columbia to South-West China via Russia and the fantasy world of T'Rain, Reamde is an irresistible epic from the unique imagination of one of today's most individual writers.

Neal Stephenson is the author of eight novels, including the cult successes Snowcrash and Cryptonomicon. He has been shortlisted for the Arthur C. Clarke Award six times, winning with Quicksilver. Four of his last five novels have been number one New York Times bestsellers. He lives in Seattle.