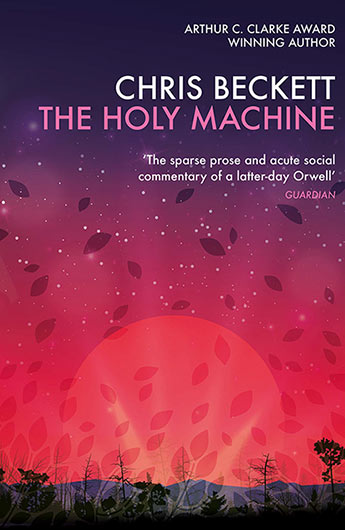 New cover edition 2018: Proof that literary fiction and science fiction can be one and the same. An intelligent first novel from the winner of the prestigious 2009 Edge Hill Short Story competition.

George Simling has grown up in the city-state of Illyria, an enclave of logic and reason founded as a refuge from the Reaction, a wave of religious fundamentalism that swept away the nations of the twenty-first century. Yet to George, Illyria's militant rationalism is as stifling as the faith-based superstition that dominates the world outside its walls.

For George has fallen in love with Lucy. A prostitute. A robot. She might be a machine, but the semblance of life is perfect. To the city authorities, robot sentience is a malfunction, curable by erasing and resetting silicon minds. But George knows that Lucy is something more.

His only alternative is to flee Illyria, taking Lucy deep into the religious Outlands where she must pass as human because robots are seen as mockeries of God, burned at the stake, dismembered, crucified. Their odyssey leads them through betrayal, war and madness, ending only at the monastery of the Holy Machine...
More books by this author

Chris Beckett is a former university lecturer and social worker living in Cambridge. He is the winner of the Edge Hill Short Fiction Award, 2009, for The Turing Test, the prestigious Arthur C. Clarke Award, 2013, for Dark Eden and was shortlisted for the British Science Fiction Association Novel of the Year Award for Mother of Eden in 2015 and for Daughter of Eden in 2016.