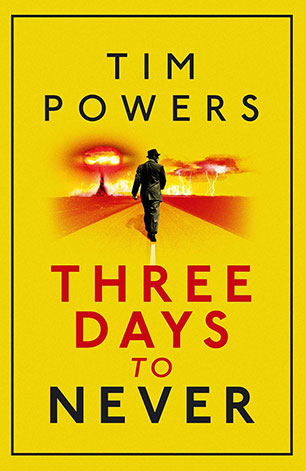 A standout fantasy thriller which explores the possibility that Einstein hid a discovery far more terrifying than the atom bomb.

Albert Einstein's groundbreaking scientific discoveries made possible the creation of the most terrible weapon the world would ever know. But he made another discovery that he chose to reveal to no one -to keep from human hands a power that dwarfed the atomic bomb.

When twelve-year-old Daphne Marrity takes a film from her recently deceased grandmother's house, neither she nor her father, Frank, realize what they now have in their possession. In an instant they are thrust into the centre of a world-altering conspiracy, drawing the dangerous attentions of both the Israeli secret service and an ancient European cabal of occultists.

Now father and daughter have three days to learn the rules of a terrifying magical chess game in order to escape a fate more profound than death -because the Marritys hold the key to the ultimate destruction of not only what's to come, but what has already been.
More books by this author