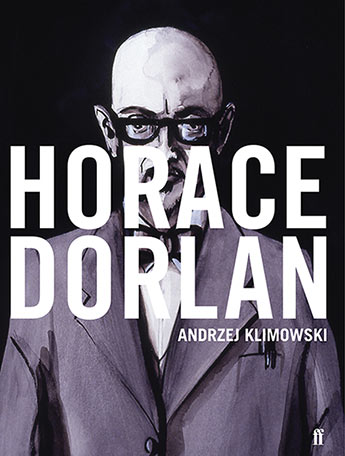 Preparing to deliver a lecture in Pisa, Horace Dorlan plans to incorporate music and performance into his scientific presentation. On the eve of his big event, however, strange things start to happen. Consciousness and reality start to shift, divergent voices speak of confusing things and questions start to mount up. Where, for instance, is his wife, why is there a miniature musical quintet in his room, and what of the accident that afflicted him.

Variously evoking the works of artists as diverse as Art Spiegelman, Franz Kafka and Paul Auster, among others, Horace Dorlan is Klimowski's first work to incorporate text into his visual narratives. Certain to attract a huge amount of attention and discussion through its formal experimentation, Horace Dorlan is a darkly imaginative tour de force.
More books by this author

Andrzej Klimowski, Professor at the Royal College of Art, has taught and exhibited around the world. He has an international reputation as a poster and book-jacket designer, and has worked with artists as diverse as Milan Kundera, Kazuo Ishiguro, Robert Altman and Jim Jarmusch. His two graphic works, The Depository (1994) and The Secret (2002) are both published by Faber.