a novel of one young Muslim's journey to radicalization 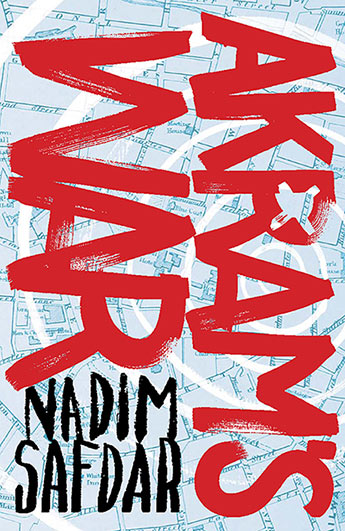 'I am Akram Khan, formerly Sergeant Khan of the Yeoman's Guard, and I am submitting. I am saving my pleasures for when I am dead.' So begins the story of a young man's journey to radicalisation.

One night, Akram Khan walks out of his house towards an appointed time and place where he is supposed to detonate a bomb that will end his life and that of many innocent bystanders. As he wanders through the town he encounters Grace, whose life has been marred just as his has, forming an unlikely closeness borne of need and necessity.

Akram tells Grace about his seemingly inexorable journey towards radicalization: a childhood within the tight-knit Pakistani community, his complex friendships among outcasts, his disastrous years in the army, and his empty arranged marriage to a woman who remains a stranger.

Delicately drawn, Akram's War is an honest and shocking kaleidoscopic portrait of contemporary Britain, and of the ways in which the twists and turns of fate can scar and mark a life.
More books by this author

Nadim Safdar was born to Pakistani parents and grew up in the Black Country. He is married with three children and lives in London.