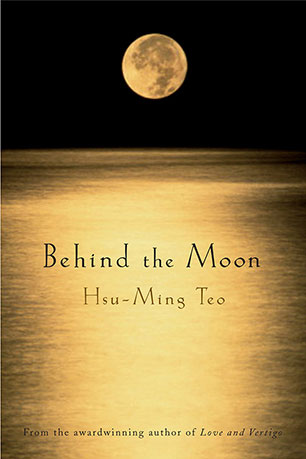 From Vogel award-winning author Hsu-Ming Teo, a powerful novel about the ties of friendship, love and history.

How did people connect with each other? How was it that some people managed to manacle others to their lives, bearing their childhood friendships with them triumphantly into the future, whereas others found friendship as weak as water, sparkling and slipping through cupped fingers?

Justin Cheong, Tien Ho and Nigel Gibbo' Gibson have been best friends since school in a world divided along ethnic lines into skips, wogs and slopes. Together they've survived a suburban tragedy, compulsory karaoke nights and Justin's mother's obsession with clean toilets. They thought they would always be there for each other but they hadn't counted on the effects of jealousy, betrayal, and their desire to escape themselves.

Ho Ly-Linh, Tien's mother, wasn't around for much of Tien's childhood. Left behind in a rapidly changing Vietnam, she risked everything to follow her family to Australia. Having spent so much of this dangerous journey alone, she is ready now to find love.

On Saturday, 6 September 1997 they all meet at the Cheongs' house for the first time in years because Princess Diana is dead and their mothers have decided to hold a Dead Diana Dinner to watch the funeral on television. Nobody realises just how explosive this dinner will be, or how complicated life is going to get.

This is a story of three families' discovery of the meaning of love and friendship.
More books by this author

Hsu-Ming Teo was born in Malaysia in 1970 and immigrated with her family to Australia in 1977. Her first novel Love and Vertigo won The Australian/Vogel Literary Award in 1999.