Burden of the Desert 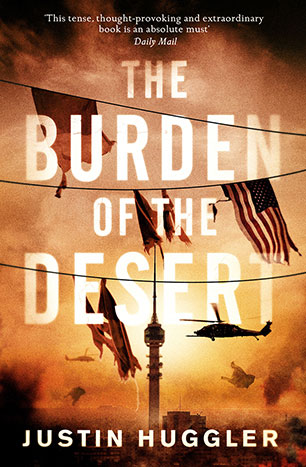 In occupied Baghdad, diverse characters come together - in a world of violence and mistrust, where every decision can be fatal, and love is found in unexpected quarters.

Zoe Temple, a young British journalist who dreams of being a war correspondent; US officer Lt Rick Benes who is trying to get his platoon home alive; Adel, an Iraqi, who wants revenge for the death of his father Mahmoud; an Iraqi driver, in a secret love affair with a Christian woman Nouri; an innocent man tortured in Abu Ghraib.

In occupied Baghdad, their lives will come together - in a world of violence and mistrust, where every decision can be fatal, and love is found in unexpected quarters. And when a shocking incident at an American checkpoint leaves three people dead, it sets in motion a series of events that will have far-reaching consequences for them all.

The Burden of the Desert is fast-paced and gripping, and asks questions that will linger long after the last page is turned. Via the lives of a fascinating group of characters, former war correspondent Justin Huggler memorably evokes the atmosphere of a military occupation whose aftershocks are still being felt today.

Justin Huggler was born in the Channel Island of Jersey. A former foreign correspondent for the Independent newspaper, he covered the occupation of Iraq from 2003 to 2004. He has also covered the 2001 war in Afghanistan, the second Palestinian Intifada, the 2004 Indian Ocean tsunami, the overthrow of Slobodan Milosevic, and the Nepalese revolution. He lives in London.