Call Me the Breeze 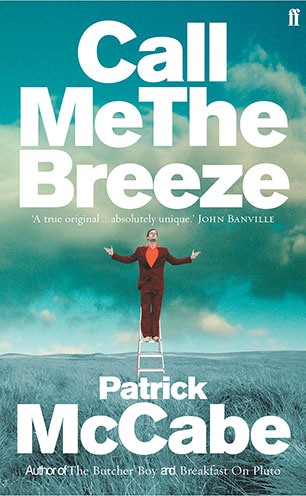 Download cover
Availability: Not available to order from this website, please try another retailer
Joey Tallon has witnessed many profound changes in the small town of Scotsfield. The men have changed from brutality and corruption to wealth and respectability. And Joey's transformed himself too, and it's his love for Jacy that has transformed him. So now Joey Tallon is gonna tell it like it was . . . But who'll believe a kidnapper, a fantasist, a jailbird, when he says he knows the truth about the past the Scotsfield men would rather leave buried? And who's brave enough to hear his testimony?
More books by this author

Patrick McCabe was born in Clones, Co Monaghan, Ireland in 1955. His novels include Carn, The Dead School and The Butcher Boy, winner of the Irish Times/Aer Lingus Literature Prize, which was shortlisted for the 1992 Booker Prize and made into a highly acclaimed film directed by Neil Jordan. Breakfast On Pluto, published in 1998, was also on the Booker Prize shortlist. He has written two collections of short stories, Mondo Desperado and Emerald Germs of Ireland, which became a very successful RTE Radio series. He lives in Sligo with his wife and two daughters.