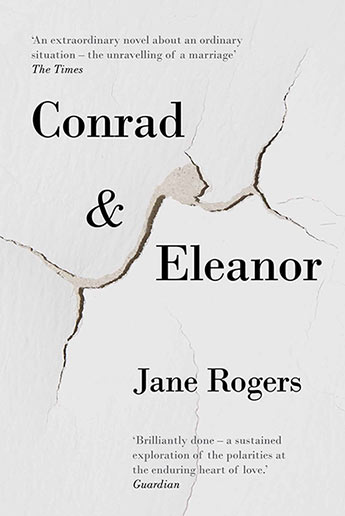 An intricate and revealing portrait of a dysfunctional marriage as it unravels in midlife crisis and estrangement, and the fallout from one summer, twenty-five years ago.

A BBC Radio 4 Book at Bedtime

When Conrad fails to return home from a science conference, Eleanor guesses he may at last be reacting to her infidelity. Or has he finally tired of his stagnating job in transplant research? Eleanor's own scientific career has forged ahead, while Conrad played main carer to their children. The four children, now adult, fear for their father but seem to have little sympathy for their tough ambitious mother.

Meanwhile, a long way from home, Conrad is alone, scared and on the run.
More books by this author

Jane Rogers has written nine novels, including Mr Wroe's Virgins (which she dramatized as an award-winning BBC drama serial), Her Living Image (which won the Somerset Maugham Award), Island and Promised Lands (which won the Writers' Guild Best Fiction Award). Her most recent novel, The Testament of Jessie Lamb, was longlisted for the 2011 Man Booker Prize, and won the 2012 Arthur C. Clarke Award. Her short story collection, Hitting Trees with Sticks, was shortlisted for the 2013 Edgehill Short Story Prize. Jane also writes radio drama and adaptations, and has taught writing to a wide range of students. She is a mentor for Gold Dust (a unique mentoring scheme for writers) and a Fellow of the Royal Society of Literature. www.janerogers.info