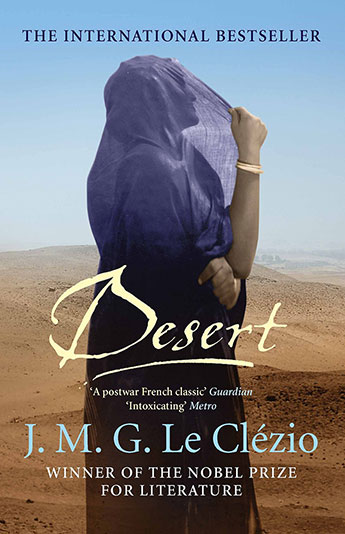 The international bestseller, by the winner of the Nobel Prize for Literature 2008, available for the first time.

Young Nour is a North African desert tribesman. It is 1909, and as the First World War looms Nour's tribe - the Blue Men - are forced from their lands by French colonial invaders. Spurred on by thirst, hunger, suffering, they seek guidance from a great spiritual leader. The holy man sends them even further from home, on an epic journey northward, in the hope of finding a land in which they can again be free.

Decades later, an orphaned descendant of the Blue Men - a girl called Lalla - is living in a shantytown on the coast of Morocco. Lalla has inherited both the pride and the resilience of her tribe - and she will need them, as she makes a bid to escape her forced marriage to a wealthy older man. She flees to Marseilles, where she experiences both the hardships of immigrant life - as a hotel maid - and the material prosperity of those who succeed - when she becomes a successful model. And yet Lalla does not betray the legacy of her ancestors.

In these two narratives set in counterpoint, Nobel Prize-winning novelist J.M.G. Le Clezio tells - powerfully and movingly - the story of the 'last free men' and of Europe's colonial legacy - a story of war and exile and of the endurance of the human spirit.
More books by this author

J.M.G. Le Clezio was born on 13 April 1940 in Nice and was educated at the University College of Nice and at Bristol and London universities. Since publication of his first novel, The Interrogation, he has written over forty highly acclaimed books, while his work has been translated into thirty-six languages. He divides his time between France (Nice, Paris and Brittany), New Mexico and Mauritius. In 2008 he was awarded the Nobel Prize for Literature.