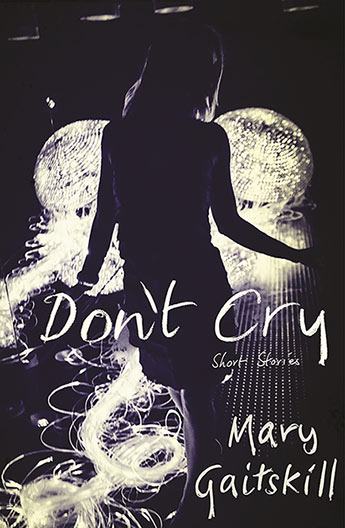 Don't Cry is Mary Gaitskill's first collection of stories in over ten years, following the tremendous success of her previous collections, Bad Behaviour and Because They Wanted To.

The collection begins with College Town 1980, which follows young people adrift in Ann Arbor debate the meaning of personal strength at the start of the Reagan era. The second opens with a disembodied list of newspaper headlines, before diving into a dissection of the lives of the characters behind the headlines, including a murderer who is slated for giving a prime-time interview, and a woman from San Francisco attempting to break a world record by having sex with one thousand men. Another story describes a nurse's obsession with her 43 year-old patient's virginity, and another a man who steals a girl's soul during a one night-stand.

Mary Gaitskill is the author of the story collections Bad Behavior, Because They Wanted To, and Don't Cry, and the novels Veronica and Two Girls Fat and Thin. She has received a Guggenheim Fellowship and her work has appeared in the New Yorker, Harper's, Esquire, The Best American Short Stories, and the O. Henry Prize Stories.