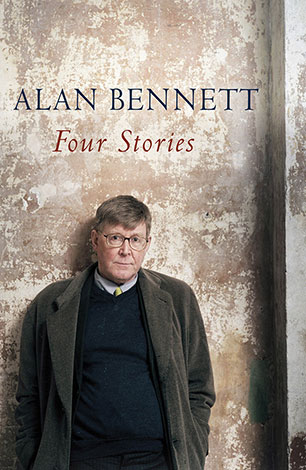 Here are Alan Bennett's four hugely admired, triumphantly reviewed and bestselling stories, brought together in one book for the first time

Father! Father! Burning Bright, the savage satire on a dying man's family reaction as he still asserts control over them from the hospital bed.

The Clothes They Stood Up In, the painful story of what happens to an elderly couple when their flat is stripped completely bare.

The Laying on of Hands, a memorial service for a masseur to the famous that goes horribly wrong.

The Lady in the Van, the true story of the eccentric old lady and her van who are invited by a homeowner to live in his garden. The homeowner is Alan Bennett and she stays for 15 years. It became a West End hit, starring Maggie Smith.

Like everything Bennett does, these stories are playful, witty and painfully observant of ordinary people's foibles. They all have brilliant twists, are immensely entertaining and highly moral. And all are modern classics.
More books by this author

Alan Bennett's many stage and television plays and his prose collections, Writing Home and Untold Stories, have made him one of Britain's most celebrated authors. He has a huge international reputation for his plays and films, which include A Private Function and The Madness of George III. But it is his fiction (the four short stories featured here - all published by Profile), now translated into many languages, and appearing on bestseller lists in Europe, the US and Britain, which have brought him to the widest international readership.