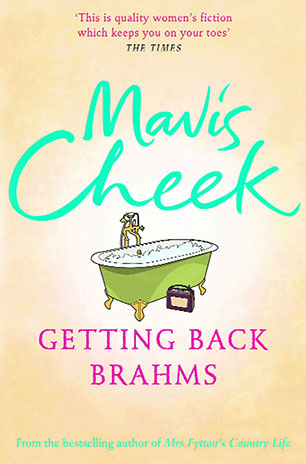 Diana owns a bookshop, is thirty-something and single again after a long relationship. The Brahms Requiem was once her favourite piece of music. Now she cannot listen to it without it stirring painful memories of her old love. She is determined to supplant the old memories with something new and, in her quest for a memory to superimpose on the past, joins the team intending to open the Academy of Forward Literature at Hassocks Hall . . .
More books by this author

Mavis Cheek was born and grew up in Wimbledon. She failed her eleven plus (twice!) and was put in the B stream of a secondary modern school, where she tried, completely unsuccessfully, to learn to become a good and dutiful secretary. Instead, she left school at sixteen with no qualifications and immediately began working for Editions Alecto, the contemporary art publishers, where she worked with British and American artists such as David Hockney, Allen Jones, Bridget Riley, Patrick Caulfield and George Segal and was part of the team running Alecto's gallery in Albemarle Street, at the heart of the London art market. After twelve happy years at Editions Alecto, she left to go to Hillcroft College for Women from where she graduated in Arts with distinction. She then had her daughter, Bella, and began her writing career in earnest, being blessed in this by her complete lack of qualifications to do anything else. Journalism and travel writing were her first successes.