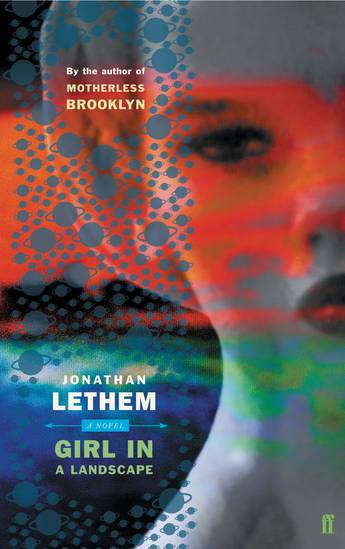 Download cover
Availability: Not available to order from this website, please try another retailer
Girl in Landscape offers a genre-bending, mind-expanding tale of a new frontier. Jonathan Lethem's novel is a science-fiction Western that evokes both the brooding tragedy of John Ford's The Searchers and the sexual precocity of Nabokov's Lolita.

Lethem's heroine is 14-year-old Pella Marsh, whose mother dies just as her family flees a post-apocalyptic Brooklyn for the frontier of a recently discovered planet. Hating her ineffectual father, and troubled by a powerful attraction to the virile but dangerous loner who holds sway over the little colony, Pella embarks on a course of discovery that will have tragic and irrevocable consequences - both for the humans in her community, and also for the mysterious and passive indigenous inhabitants, The Archbuilders.

Jonathan Lethem was born in New York and attended Bennington College. He is the author of the novels Gun, with Occasional Music, Amnesia Moon, As She Climbed Across the Table, Girl in Landscape and Motherless Brooklyn, as well as a collection of stories, The Wall of the Sky, the Wall of the Eye. Film rights for Amnesia Moon have been bought by David Lynch, whilst Edward Norton has bought the rights for Motherless Brooklyn. Lethem was described by Newsweek as one of its '100 People for the New Century'. Jonathan Lethem currently lives in Brooklyn, New York.