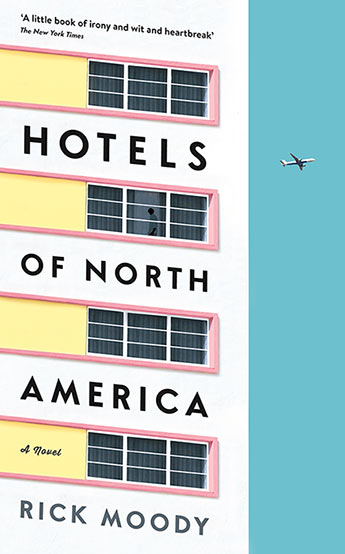 Everyone needs to tell their story, that's what the internet is for. But what kind of person becomes a top reviewer on RateYourLodging.com and tells their story that way?

Reginald Edward Morse is a man in need of an outlet. And he finds it in a very twenty-first century place: the internet. Specifically, RateYourLodging.com, where Americans go to find out the truth about hotels, motels and, horrors, bed and breakfasts. But the real joy of those sites is not so much the advice they offer, but the people who offer it. Reginald Edward Morse is one of those people.

At first Morse seems exactly what you'd suspect a reviewer to be, though under the authoritative, even puffed-up tone, there lurks self-awareness, wit and a flair for anecdote. His reviews scatter clues to his identity, and the fragments explain the mystery of Reginald Edward Morse, his career as a motivational speaker, his lover 'K' and his estrangement from his daughter. Always funny, unexpectedly tragic, this is a book of lonely rooms, long lists, of strong opinion and quiet confession, by one of America's greatest novelists.
More books by this author

Rick Moody was born in New York City. He attended Brown and Columbia Universities. He is the author of four previous novels: The Four Fingers of Death, Purple America, The Ice Storm and Garden State, as well as an award-winning memoir and multiple collections of short fiction. Moody is the recipient of a Guggenheim fellowship, and his work has been anthologized in Best American Stories, Best American Essays and the Pushcart Prize anthology. Moody lives in Brooklyn, New York.