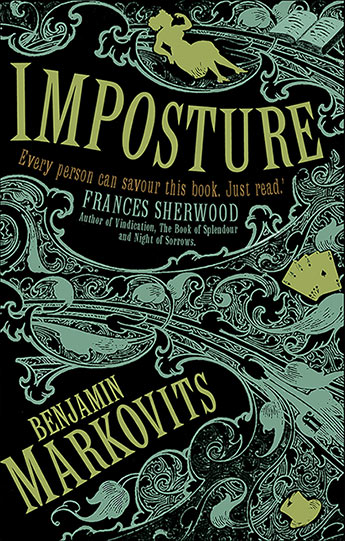 A brilliant, gothic novel travelling in the shady footsteps of Byron's physician and double.

Having been dismissed from Lord Byron's service, Dr John Polidori had fallen on hard times. Three years earlier he had accompanied the poet on a tour of the continent, Polidori had held literary ambitions and wanted to test his talents against the greatest writer of his age. That summer had become famous in literary history, Byron and Shelley met and became friends, Mary Shelley wrote Frankenstein. And now a young woman mistakes the doctor for the poet. As the pair fall in love, Polidori knows that he can only emerge from Byron's shadow if he confesses his true identity to the deluded girl; but was it only Byron's shadow that led her to love him in the first place? And a ghost story, The Vampyre, is published under Byron's name, but will the truth of the matter be uncovered?
More books by this author

Benjamin Markovits is the author of The Syme Papers (2004) and Either Side of Winter (2005). Originally from Texas, he now lives in London and writes for the London Review of Books and the Times Literary Supplement.