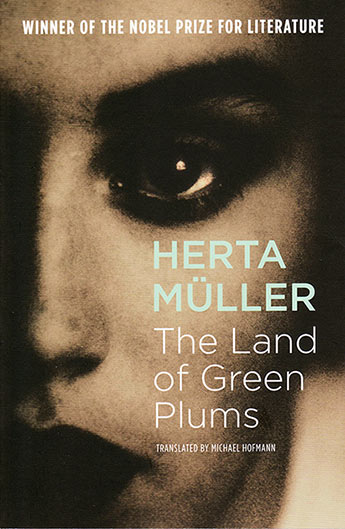 Widely regarded as Muller's best novel, The Land of Green Plums is a beautifully written and unflinching portrayal of life under the totalitarian regime of Ceausescu's Romania.

Set in Romania at the height of Ceausescu's reign of terror, The Land of Green Plums tells the story of a group of young students, each of whom has left the impoverished provinces in search of better prospects in the city. It is a profound illustration of a totalitarian state which comes to inhabit every aspect of life; to the extent that everyone, even the strongest, must either bend to the oppressors, or resist them and perish.

'A powerful autobiographical account, The Land of Green Plums . . . will linger on in the mind and Michael Hofmann's translation is a marvel.' - Guardian

'This is a genuinely moving book. The style . . . develops an almost hypnotic power over the reader.' - Sunday Telegraph
More books by this author

Herta Muller was born in Romania in 1953. After refusing to cooperate with Ceausescu's Securitate, she lost her job as a teacher and suffered repeated threats before she was able to emigrate in 1987. She now lives in Berlin. She was awarded the Nobel Prize in Literature in 2009.