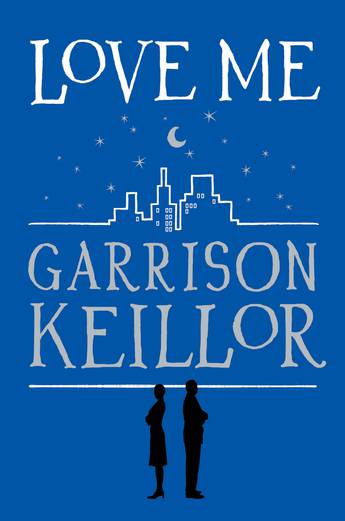 Meet Larry Wyler, a man with a big heart, broad shoulders and some very odd baggage, who after a bad case of writer's block reinvents himself as the newspaper columnist 'Mr Blue', agony uncle to the lonely and frustrated

A brilliant return to form from the hugely popular author of Lake Wobegon Days and Radio Romance.

Larry Wyler is frustrated with provincial life and his failing marriage, until his best-selling novel, Spacious Skies, earns him a ticket to Manhattan, a million-dollar apartment and an office at The New Yorker. But when writer's block strikes, an invitation to write a newspaper advice column 'Ask Mr Blue' provides a much needed distraction. Slowly, painfully, Wyler finds a measure of clarity for his own life, and then sets out to win back his wife's affections.

Garrison Keillor, 'America's tallest radio humorist', was born in 1942 in a small town in Minnesota, into a family of Scottish fundamental protestants. The family were expert at entertaining themselves with evenings of storytelling.

In 1966 when he graduated his ambition was to write - three years later the big break came when he sold a story to the New Yorker. He gave up his part time radio station job to concentrate on writing but it was an assignment from the New Yorker in 1974, which tempted him back to radio.

Writing about the Grand Ole Opry in Nashville brought back childhood memories of the warmth and spontaneity of the medium, and the result was Keillor's immensely popular live radio show, 'A Prairie Home Companion'. By 1987 it had become a phenomenal success and was being broadcast nationwide.

Lake Wobegon Days, derived from these monologues, became a bestseller in the United States and then the UK, Australia and New Zealand.