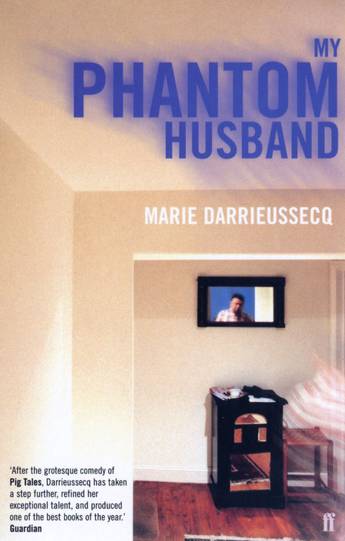 A profoundly unsettling parable about the way love appears and disappears, about the absences and evasions that can lie hidden in any relationship

What would you think if your husband, one day, with no word or explanation or warning, completely vanished? When would you begin to panic - the first hour, the first night? Or the moment you realise you cannot even remember his face?

'Although My Phantom Husband is very short, its description of the wife's descent into an hallucinatory madness made it a more absorbing read than many novels twice the length. It has been marvellously translated from the French by Helen Stevenson and reads much like an extended prose poem; every word and cadence can be savoured.' The Times

Marie Darrieussecq was born in 1969 in Bayonne, France. She is a graduate of the Ecole Normale Superieure in Paris. Her debut novel, Pig Tales (1996), was published in 34 countries and became the most popular first novel in France since the 1950s. Her second novel,My Phantom Husband (1998), became an immediate bestseller. Her third novel, Breathing Underwater, prompted Francis Gilbert in The Times to declare that 'there are very few writers who may have changed my perception of the world, but Darrieussecq is one of them'. Her most recent novel, White, was published in 2005.