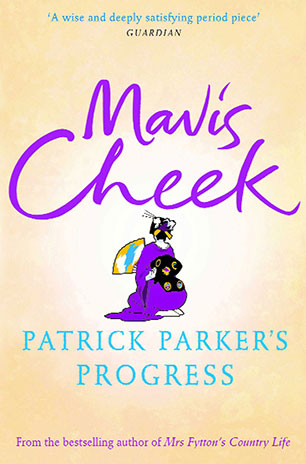 Download cover
Availability: Not available to order from this website, please try another retailer
'Energetic, witty and brimming with good sense, Cheek's astute social comedies point out to receptive ears the pitfalls of love, sex, and the contradictory mess that is the female state.' Independent

Patrick Parker, child of bomb-devastated Coventry, adored and encouraged by his mother, fulfils his dream destiny to be a great architect and bridge builder. Audrey Wapshott, born at the same time, feels her dream destiny is to become Patrick's wife. But ambitious Patrick has other plans and Audrey, abandoned, is left to follow her own, random path to self-fulfilment beginning with Paris, and sinfulness, in the arms of a much older man. Mavis Cheek's eleventh novel will delight her many fans with its fast-paced, funny and insightful story of ambition, love and revenge.

Mavis Cheek was born and grew up in Wimbledon. She failed her eleven plus (twice!) and was put in the B stream of a secondary modern school, where she tried, completely unsuccessfully, to learn to become a good and dutiful secretary. Instead, she left school at sixteen with no qualifications and immediately began working for Editions Alecto, the contemporary art publishers, where she worked with British and American artists such as David Hockney, Allen Jones, Bridget Riley, Patrick Caulfield and George Segal and was part of the team running Alecto s gallery in Albemarle Street, at the heart of the London art market.After twelve happy years at Editions Alecto, she left to go to Hillcroft College for Women from where she graduated in Arts with distinction. She then had her daughter, Bella, and began her writing career in earnest, being blessed in this by her complete lack of qualifications to do anything else. Journalism and travel writing were her first successes, then short st