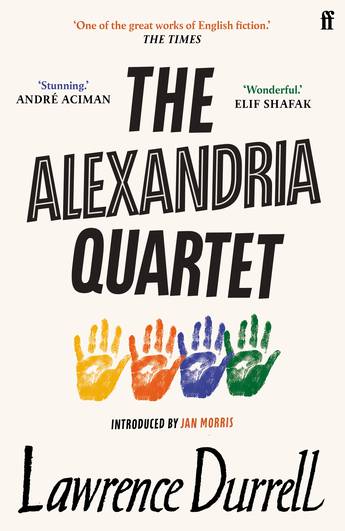 Consisting of Justine, Balthazar, Mountolive and Clea - The Alexandria Quartet explores the sexual and political intrigues of a group of expatriates in Egypt before and after the Second World War.

Lawrence Durrell was one of the best-selling, most celebrated English novelists of the late 20th century. The Alexandria Quartet is unquestionably his most admired work, at heart a sensuous and brilliant evocation of wartime Alexandria. In this world of corrupt glamour, L. G. Darley attempts to reconcile himself to the end of his affair with the dark, passionate Justine Hosnani - setting alight a beguiling exploration of sexual and political intrigue that the author himself described as 'an investigation of modern love'.
More books by this author

Lawrence Durrell was born in 1912 in India. He attended the Jesuit College at Darjeeling and St Edmund's School, Canterbury. His first literary work, The Black Book, appeared in Paris in 1958. His first collection of poems, A Private Country, was published in 1943, followed by the three Island books: including Bitter Lemons, his account of life in Cyprus. Durrell's wartime sojourn in Egypt led to his masterpiece The Alexandria Quartet. Between this and The Avignon Quintet he wrote the two-decker Tunc and Nunquam. His oeuvre includes plays, a book of criticism, translations, travel writing, and humorous stories about the diplomatic corps.