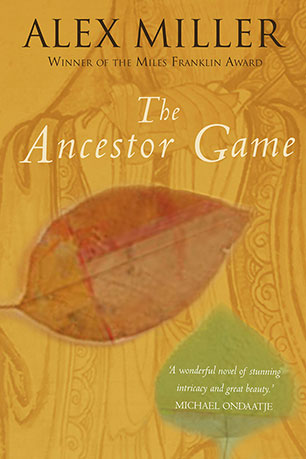 The best-selling, 1993 Miles Franklin Award-winning novel from one of Australia's foremost literary writers.

Steven Muir, August Spiess and his daughter Gertrude, and Lang Tzu all acknowledge a restless sense of cultural displacement, an ambivalence in their relations with the culture of European Australia. Steven left England for Australia as a young man and his one attempt at returning is unsuccessful. August Spiess, although he speaks frequently of returning to his native Hamburg, fails to make the journey, as does his daughter Gertrude. Lang Tzu's very name defines his fate: 'two characters which in Mandarin signify the son who goes away.'

The 'game', however, does have winners. For despite their yearnings for the home of their ancestral dreams, a desire to belong somewhere that is truly their own, none of Miller's characters leaves Australia, and each in their own way comes to see that to be at home in exile may be a defining paradox of the European Australian condition: the paradox of belonging and estrangement that perhaps lies uneasily at the heart of all European cultures.

The Ancestor Game, which Robert Dessaix described as 'one of the most engrossing books I've read in a long time', is an enthralling journey into the ancestral dreams and present dilemmas of a rich cast of characters.

'Takes the historical novel to new frontiers. It is fabulous in every sense of the word.' - Commonwealth Writers Prize judges

'A major new novel of grand design and rich texture, a vast canvas of time and space, its gaze outward yet its vision intimate and intellectually abundant.' - The Age
More books by this author

Alex Miller is twice winner of Australia's premier literary prize, The Miles Franklin Literary Award, first in 1993 for The Ancestor Game and again in 2003 for Journey to the Stone Country. He is also an overall winner of the Commonwealth Writers' Prize, in 1993 for The Ancestor Game. His fifth novel, Conditions of Faith, won the Christina Stead Prize for Fiction in the 2001 New South Wales Premier's Awards. In 2011 he won this award a second time with his most recent novel Lovesong. Lovesong also won the People's Choice Award in the NSW Premier's Awards, the Age Book of the Year Award and the Age Fiction Prize for 2011. In 2007 Landscape of Farewell was published to wide critical acclaim and in 2008 won the Chinese Annual Foreign Novels 21st Century Award for Best Novel and the Manning Clark Medal for an outstanding contribution to Australian cultural life. It was also short-listed for the Miles Franklin Award, the Christina Stead Prize for Fiction, the ALS Gold Medal and the Commonwealth Writers' Prize. Alex is published internationally and widely in translation.

1 Death of the Father

3 The Lotus and the Phoenix

8 An Interlude in the Garden

9 A Memoir of Displacement

10 The Entrance to the Other-World

11 Reflections From the Gazebo: Thirty-Four Days, War, Present Reality, The Gift of Death, Victoria, Into Regions of Uncertainty