The Character of Rain 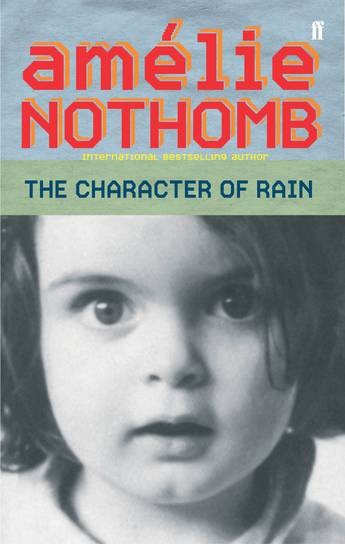 Download cover
Availability: Not available to order from this website, please try another retailer
The Japanese believe that until the age of 3, children, are gods, each one a 'Lord Child'. On their third birthday they fall from grace and join the rest of humanity. Narrated by a child - from the age of two and a half up until her third birthday - this novel reveals that the move from deity to ordinary member of the human race can be a very difficult thing indeed from which to recover.
More books by this author

Belgian by nationality, Am lie Nothomb was born in Kobe, Japan, and currently lives in Paris. Described by Time Magazine as 'prolific and ingenious', she is the best-selling author of thirteen novels, translated into thirty languages. Fear and Trembling won the Grand Prix of the Acad mie Fran aise and the Prix Internet du Livre. The Book of Proper Names was originally published in France, as Robert Des Noms Propres, where it has sold over 250,000 copies.