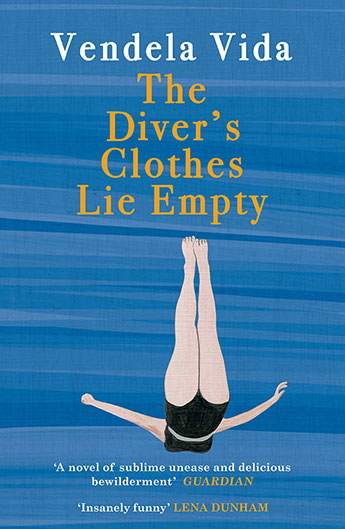 'Part glamorous travelogue, part slow-burn mystery, this full-bodied tale of a runaway is at once formally inventive and heartbreakingly familiar... (It's also insanely funny.)' Lena Dunham

In Vendela Vida's taut and mesmerizing novel of ideas, a woman travels to Casablanca, Morocco, on mysterious business. While checking into her hotel, the woman is robbed of her wallet and passport - all of her money and identification. Though the police investigate, the woman senses an undercurrent of complicity between the hotel staff and the authorities - she knows she'll never recover her possessions. Stripped of her identity, she feels burdened by the crime yet strangely liberated by her sudden freedom to be anyone she chooses.

A chance encounter with a movie producer leads to a job posing as a stand-in for a well-known film star. The star reels her in deeper, though, and soon she's inhabiting the actress's skin off set, too - going deeper into the Casablancan night and further from herself. And so continues a strange and breathtaking journey full of unexpected turns, an adventure in which the woman finds herself moving further and further away from the person she once was.

Told with vibrant, lush detail and a wicked sense of humour, The Diver's Clothes Lie Empty is part literary mystery, part psychological thriller - an unforgettable novel that explores free will, power, and a woman's right to choose not her past, perhaps not her present, but certainly her future. This is Vendela Vida's most assured and ambitious novel yet.
More books by this author

Vendela Vida is the author of the acclaimed novels And Now You Can Go, Let the Northern Lights Erase Your Name and The Lovers. She is a founding editor of The Believer magazine, and the editor of The Believer Book of Writers Talking to Writers. She lives in the San Francisco Bay Area with her husband and children.